The Streaming Mode Preview Version 0.7.0 is now available on the website:

The zones have been combined and the world is now one big open place to explore. Quests are now started in the game rather than selected in the lobby. You can optionally limit players to one zone for competitive matches.
Posted by Matt at 7:48 AM No comments:

All the new models are in the game, and I've uploaded a new video to showcase them. The lighting engine has also been improved. The map can now contain smaller blocks as well as unique objects. Lastly, lots of new spells have been added that can be customized as you level up.
Posted by Matt at 1:46 PM No comments:

I finally got tired of my pixelated models and decided to learn Blender.  I'm slowly going through all the models and replacing them with smooth meshes that better match the new aesthetic of the game.  This of course is going to take some time, but I'm already amazed at how much easier it has been than trying to create them out of pixels.  Eventually this may lead to me upgrading the levels as well to no longer being cube based, but that is a long way off. 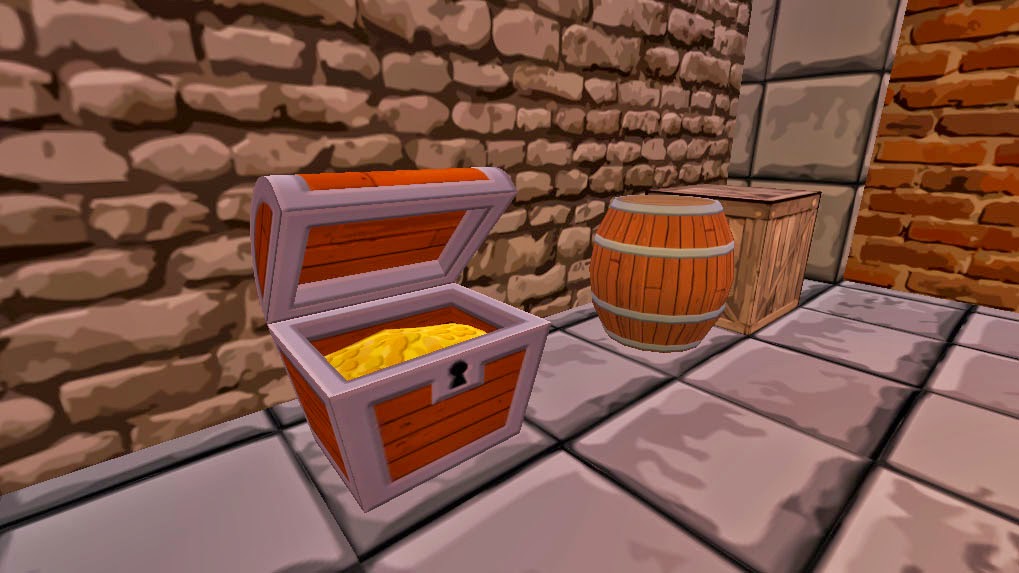 Was updating the lighting engine to help prevent some of the bleed through that the mini blocks were generating and I decided to finally update the water!

The water now uses a custom pixel shader that makes the transparency of the water increase with distance from the camera.  You can now hide in the water!  If you are just below the surface and your enemy is further away, they won't be able to see you.  The mob AI detection algorithm also reflects this change so you can now use the water to sneak up on enemies.
Posted by Matt at 12:17 PM No comments:

Just finished updating the Estate level with the new mini blocks.  I added a lot of detail work and cleaned up a lot of leftovers from before there was a terrain map.  This also proved to be a good testing ground for performance.  I was able to optimize the collision detection and path finding to provide virtually no difference in performance.

The wizard lost his hat!  His hit box is now a little shorter and he is harder to see behind cover.

The lair mob now levels up when he respawns.  His level will be one less than the highest level player in the match.
Posted by Matt at 1:27 PM No comments:

The Counter Spell Alpha available on the website has been updated!

Lots of changes since the last update.  The biggest difference is probably the new leveling system.  Wizards can now choose their spells as they level!  Spells are classified as Common, Uncommon, Rare, and Epic.  Everyone starts with the Common spells, and then receives additional spell slots as they level up, with the frequency based on the rarity of the spell.  Also you now get two extra stat points to spend any way you like when you level up.

I was getting frustrated with the limitations of the current block system so I finally added support for smaller block sizes.  The latest build of the engine now supports block sizes down to 1/8th of the existing block size of one meter.  This new feature is still being tested and is not available on the public alpha yet.

More updates coming soon!
Posted by Matt at 10:52 AM No comments:

Counter Spell's Open Alpha is now available!  I've been focusing on improvements to the UI lately, and I think it's now ready for testing and feedback from a more general audience.  The alpha download and link to the wiki can both be found here:

www.abnormalsoftware.com/cs
Posted by Matt at 12:51 PM No comments: